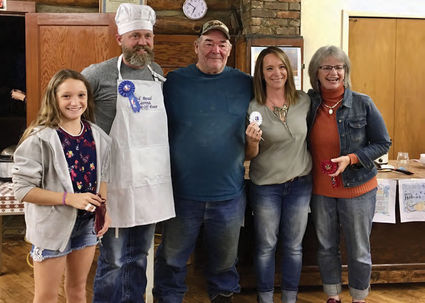 The weather forecast calls for some CHILI weather! Lavina School Association recently held a Chili cook off as well as a children's coloring contest. The cook off had a great turn out which included many people from both in town and out of town. Mr. Walker, the superintendent of Lavina Public Schools, came out to support the competitors and had a blast doing so. "There were a variety of cinnamon rolls and the chilis were judged fairly." The winner of the children's coloring contest was Ava Mallo and there were multiple winners for the chili cook off. With six entries, four emerged victorious. Trent Wallis came in first place with his superb chili. Leslie Burroughs took second and Ken Sanguins and Ivy Mallo tied for third. According to Ashton Egge, "the chili was great, and everyone was very friendly." Thank you to everyone who came out and supported the competitors and thank you to all who participated. We hope to see you at the next event!