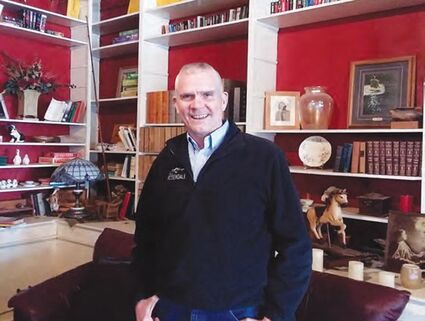 Congressman Matt Rosendale was the keynote speaker at the Golden Valley County Republican, Lincoln Day Dinner, Sunday, March 19th. There were at least 75 people in attendance on a rain/snow mixed afternoon. The event was held at the Slayton Mercantile in Lavina. Numerous candidates also were in attendance from local county offices to state-wide offices and the U.S. Congressional race. Two of the Republican opponents running against Congressman Rosendale were obviously Democrats wearing Republican clothing!