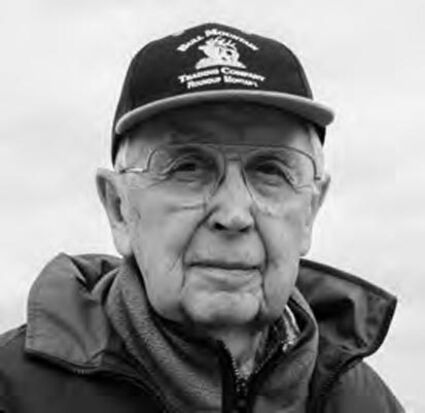 Bill was born in Butte, Montana on March 10, 1923 but was raised by his grandparents in

Roundup, Montana. He had great respect and love for his grandfather and the town of

Roundup. After a semester of university, World War II began, and Bill was eager to serve his

country. At the age of eighteen, Bill enlisted as a Marine and was deployed to the Pacific

Theater. Bill's selfless love of country has been an enduring part of his character.

After his service, Bill returned to Roundup and sp...