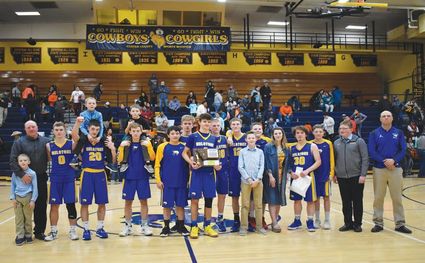 The Melstone Broncs won their challenge game against the Plenty Coups Warriors on Monday March 9th and made their way to the Class C State tournament in Missoula last weekend. Their first game was Wednesday evening against the Manhattan Christian Eagles, the Broncs lost 38-70. They moved on to play the Belt Huskies on Thursday morning but lost 31-44. The Broncs had a good season, with a record of 25-4.