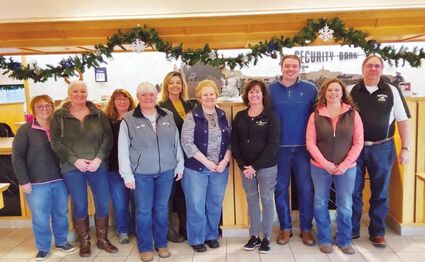 Shawn Dutton became the bank manager at First Security Bank eleven years ago. A Montanan all of his life, Shawn was born in Deer Lodge, and raised in Wisdom. After graduating college in Bozeman in the 1980's, he had two job offers. One for a feed mill in Jordan, and one for the bank in White Sulphur Springs. The pay was the same for both jobs, and he went into banking. Shawn would work at that bank for four years before moving in 1989 to Dutton Montana, where his banking career continued. In Dutton, Shawn became the bank's manager. Shawn and his wife Darcy raised their children there, and l...