Arson at Guns and Goodies 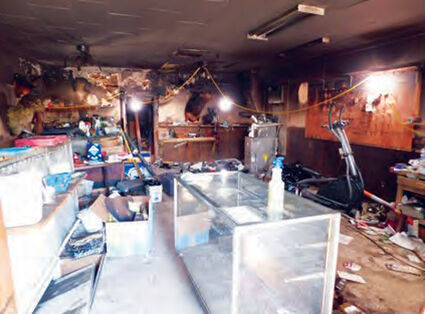 On May 20th, Mike and Elaine Krueger's life would change abruptly. Mike explained that he and his wife were at their ranch when his renter called him to tell him his shop was on fire. They rushed to town where the fire department was hurrying to put out a fire that had been started in the rear of the gun shop.

Ravaged by arson, the only sporting goods store in town was destroyed leaving only soot and disappointment. I was invited by Mike Kreuger to see what was left of his store after someone started an intentional fire two months ago. He said many people had no idea that he had a fire and...