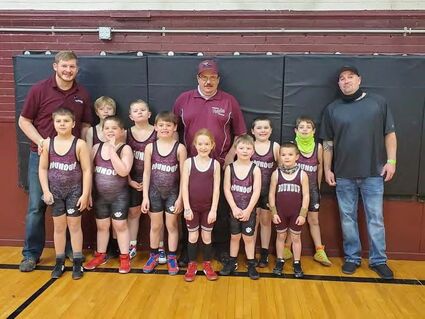 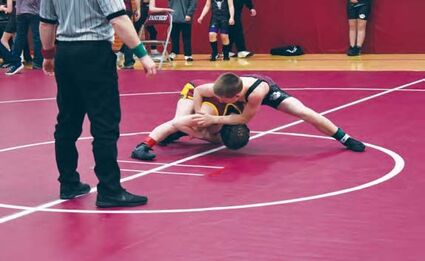 Ryan Olson maintains his base against a wrestler from Glasgow. Ryan took 2nd place on Sunday.