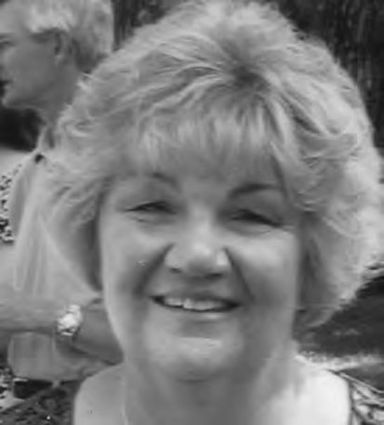 Julie O'Leary Majerus passed away on July 20, 2020 at the age of 70 in Roundup after a courageous battle with cancer. She was born in Billings on June 30, 1950 to Tim and Grace O'Leary. Julie was proud of her Irish and Catholic heritage. She graduated from Billings Central High and the College of Great Falls achieving a degree in elementary education. In college, Julie met the love of her life, Gilbert Majerus. They settled near Roundup where they spent the next 48 years together. Julie taught elementary school in Roundup for over three decades, cherishing every one of her students, regarding them more like her own children than just pupils. Julie and Gil were blessed with six wonderful children and nine grandchildren, which became the absolute love of their lives. If the kids were involved in an activity, you could be sure Julie and Gil would be in the stands cheering them on. Roundup sporting events will never be the same without Julie in the audience. Julie loved to travel. Each summer the family would embark on a family adventure traversing the country. After retirement, Julie and Gil broadened their horizons and fell in love with Mexico, spending several weeks every year exploring diff erent beautiful beaches. Julie made friends everywhere she went and was the best friend a person could ask for. She loved her teaching group, bridge group, and the many clubs she supported. There was never a stranger in her life.Julie will be sorely missed and is survived by her loving husband Gil; brother Tim (Michelle) O'Leary; son Robert (Kristy) Majerus; daughters Shannon Majerus, Amy (Darrick) Angel, Tara (Brad) Kinsey, Tiff any (Dan) Alvoet; grandchildren Kaitlin, Selina, Teigan, Zoey, Rance, Cameron, Zaiden, Mason, Hudson; cousin Sharon Kummerfeldt, six nieces and nephews, and many extended family and friends.She was preceded in death by her son Anthony; parents Tim and Grace O'Leary; sisters Patricia Jaff ray, Peggy O'Leary, and Kathleen O'Leary.Memorial contributions may be made to Roundup Memorial Hospital and Make-a-Wish Foundation. The family can't thank Roundup Memorial Hospital enough. The love, care, and support you provided Julie and the entire family was the best ever.A vigil service was held at 6pm on Sunday, July 26 with a memorial service at 11am Monday, both at St. Benedicts Catholic Church in Roundup.Arrangements are in the care of Dahl Funeral Chapel and memories may be shared at http://www.dahlfuneralchapel.com.