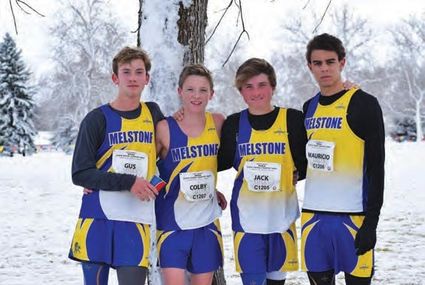 Cross Country has come to end for another school year. The Melstone varsity cross country team consisted of four boys and one girl this year: Jack Roen, Colby Thurston, Mauricio Fontes, Gus Adams and Kayla Kombol. For Jack and Mauricio, this would prove to be their very first time running cross country. Mauricio is an exchange student from Brazil and is very excited about continuing his running during track season this spring. Both Gus and Jack are used to competing in Moto Cross, but chose to run this season and put up very competitive times. It was the first time that Melstone would field...