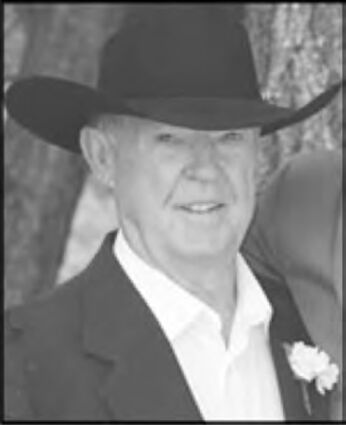 Larry Eugene Barghultz, age 81, of Great Falls was called home to heaven on May 24, 2022, with his loving family by his side, after suffering a major stroke. He was born February 17, 1941, in Roundup, MT, the son of Adolf Barghultz and Mary (Adolph) Barghultz. He was the youngest of seven children.

Larry was born and grew up on the family ranch in Roundup before going into the United States Air Force at age 18. The Air Force sent him to Tripoli, Libya, where he was stationed for 18 months. He enjoyed his time there very much. He started the rodeo club on the base, enjoyed swimming in the Mediterranean, and sight-seeing the Roman ruins. After his time in Tripoli, he was stationed at Dow AFB, in Bangor, Maine. During his time in Bangor, he met the love of his life, Linda Walker. They were married April 5, 1965. They welcomed a daughter, Tawny Marie, while in Bangor, and in 1968 made the move to Montana. They welcomed another daughter, Michelle Lynn in 1970. While in Montana, Larry worked in sales prior to joining the Montana Air National Guard, where he became a beloved recruiter. During his time with MANG, he had a passion and a gift for inspiring young students by teaching motivational classes called Increasing Human Effectiveness (The Power of Positive Thinking). He traveled all over the state teaching this program to high school students and fellow members of the military. He retired from MANG in 1998.

After many years of riding bulls and bucking horses, rodeo remained an important part of his life. Other activities he enjoyed included raising English Setters and bird hunting. He entered competition dog trials where he saw many wins for performance. In fact, Larry was the founder of the Golden Triangle Sporting Dog Club. He enjoyed all outdoor activities and was an avid fly fisherman, hunter, photographer, and cyclist. Physical fitness was very important to him.

After retirement, he enjoyed meeting friends for coffee. If you met Larry once, you would most likely become a friend for life. He loved spending time with the family, whether it was dinner at the house, camping, or going to a sporting event, he was all in. There are hundreds of stories from people of all ages due to his motivational support and encouragement. Larry was the ultimate gentleman who always referred to his wife as his beautiful bride. There are not enough words to describe what an amazing and impactful man he was to so many people.

He was preceded in death by his parents, as well as all six of his siblings. He is survived by his wife of 57 years, Linda Barghultz; three daughters, Tawny (Tom) Eaton, and Michelle (Casey) Peterson, and Barb (Bryan) Sakahara; five grandchildren, Karli (Matt) Boeder, Chase (Shanae) Peterson, Larymie (Michael) Rada, and Emily and Adam Sakahara; four great-grandchildren, Darryl Boeder (22 months), Madelynn Boeder (9 months), Harper Peterson (13 months), Tucker Rada (2 years), and soon to be baby girl Rada in August 2022. He is also survived by his beloved English Setter, Skye, who was always by his side.

You would be hard pressed to find a man who loved his family more fiercely.

A celebration of life was held on Wednesday June 1, 2022, at 2:00 P.M. at Hillcrest Lawn Memorial Chapel followed by military honors. Condolences for the family may be shared online at http://www.SchniderFuneralHome.com.