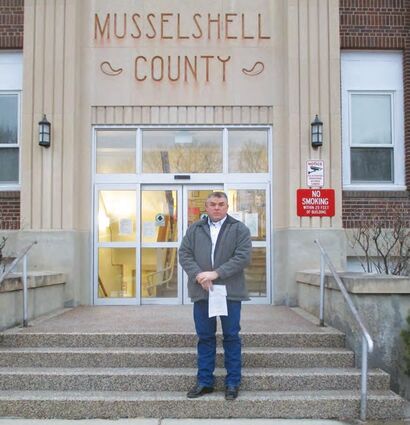 Sheriff Shawn Lesnik officially announces his re-election bid for a second term as Musselshell Counties Sheriff. After Sheriff Lesnik filed the appropriate paperwork to run for public office, the photo was taken. The photo was taken in front of the Musselshell County Court House, January 13, 2022. January 13 marks the official opening filing date for those interested in running for public office during the 2022 election cycle. The last day to file is March 14 at 5:00 PM.