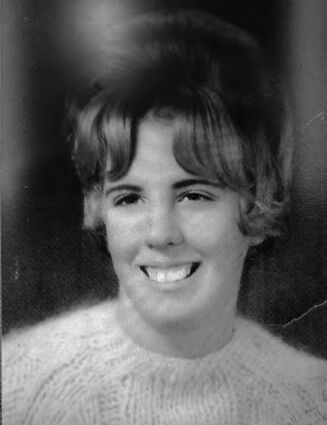 Celia Helen Olsen Anderson passed away after a valiant battle with a rare form cancer. Cele was daddy’s little girl, being born the youngest of Rex and Veronica (McAndrews) Olsen’s five children on June 23, 1949. She grew up on the ranch in Madeline, CA and eventually graduating from Modoc High School in nearby Alturas. She was wild and stories even got back to her daughter about racing cars in high school. “Not my tires, not my gas” was all that she volunteered. She graduated from Santa Barbara City College with an associates degree, getting to reside with family in Santa Barbara.

On December 25, 1968 she married Wayne Anderson, thinking her wild days were behind her. However, being married to a military man is anything but boring. They lived in many different places in California, Oregon, Washington, Montana, Wyoming, and even Georgia. With military life being what it is, she made a wonderful home for her husband and two daughters, Kathleen and Jennifer. Even holidays on the road in a U-Haul were made special. No matter where she and her family moved, Cele made many very good friends.

About 40 years ago, the family got a taste of Montana in the middle of the Bear’s Paw Mountains south of Chinook. 30 years ago, she and dad came back to live for good. She became a grandmother to 5 very boisterous children and loved every minute of it. She even added the title of pre-school teacher to the long list of things she could do, when she taught her youngest granddaughter for two years.

Mom had a plethora of titles, home maker, ranch hand, medic, peace maker, secretary, chauffeur, fishing buddy, wife and mother among many others. Grandmother, however, was always her favorite. I can only hope that one day, I will be half as good as my mother was.

Cele has left behind her husband Wayne, daughters Kathleen and Jennifer, grandchildren Rex, Nathan, Rhianna, Kammi and Amber to join those that have left before her, her parents, Rex and Veronica and brother Andy Joe. Also left behind to tell the stories of youth are her sisters, Mary Ka