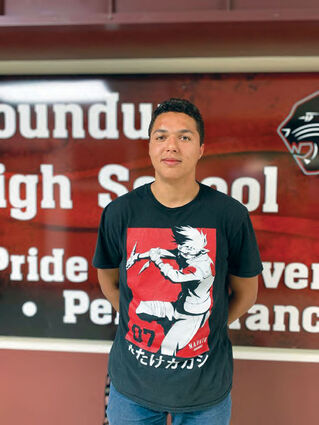 Jerome Johnson, also a student of Mrs. Jones in speech and drama, placed 2nd in the state finals for Speech and Drama competition. Jerome is 17 year old young man who moved here from Huntley, in December. Mrs. Jones said she was delighted to see Jerome come to RHS, having seen him compete several times before while in Huntley. Jerome has participated in S&D since his freshman year. Jerome is a poised, eloquent and mature youth, who is easy to talk to.

His family decided to move here, as Huntley was increasing in size, and they wanted to purchase land in the area. They are happy in their cho...