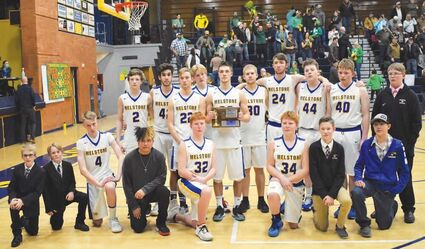 The Melstone Broncs went into the 4-C District tournament as the #1 seed and faced the Plevna Cougars on Wednesday, they beat the Cougars 57-12. The Broncs went on to play the Wibaux Longhorns on Thursday and won 54-16 and they advanced to play in the championship game against the Broadus Hawks on Saturday night, it was a battle to the buzzer and they lost 49-48. The Melstone Broncs advance to the Southern C Divisional tournament in Laurel, they will face Broadview/Lavina on Thursday at 2:30 p.m.

They Melstone Lady Broncs went into the 4-C District tournament at the #1 seed and faced the Te...