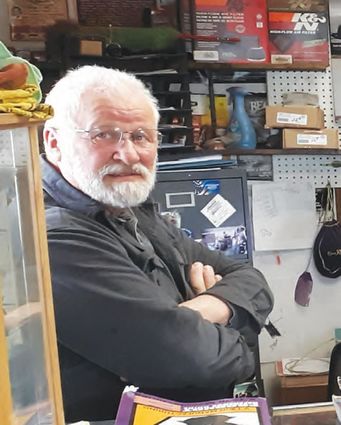 Bill Canon began Bull Mountain Cycle Shop with two of his friends in June of 2007. His two friends moved on from the endeavor but Bill stayed and had made the shop a success. He graduated from Billings and has always been a motorcycle enthusiast. Bill works exclusively on Harleys and not on metric motorcycles. He says that Harley's are all built the same mechanically, but all metric bikes are built different from one another and you need different tools for all of them.