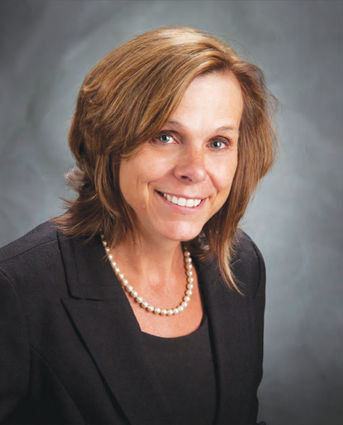 Justice McKinnon is a graduate of the University of Baltimore School of Law and began practicing in 1987 as a prosecutor in the Baltimore City State's Attorney's Office. She prosecuted felony offenses and was also a prosecutor in the Felony Sexual Assault Unit. After several years as a prosecutor, she started her own practice and focused on criminal litigation (including death penalty cases), family law, landlord tenant issues, domestic violence, and general civil litigation. In 1995, Justice McKinnon moved to Montana with her husband, CAPT (ret) Gary L. Pannabecker, D.D.S., after he accepted employment as a dentist with the Indian Health Service in Browning, Montana. Justice McKinnon continued her career in Montana as a Deputy Glacier and Teton County Attorney.

In 2006, Justice McKinnon was elected to Montana's Ninth Judicial District Court, serving Teton, Pondera, Toole and Glacier counties for a six-year term. While a trial judge, she oversaw water distribution of the Teton River and other tributaries within her district; wrote and obtained a federal grant of $350,000 from the Department of Justice to implement a drug treatment court; and developed the Court Appointed Special Advocates (CASA) program to provide a voice for children in dependency and neglect proceedings. In 2010, she was awarded Judge of the Year by Montana CASA.

Justice McKinnon was elected to the Montana Supreme Court in 2012. To promote equal justice, she worked to develop the Early Resolution And Mediation Program (ERAMP) for Montana's trial courts. ERAMP, a court-connected program, combines the skills of volunteer attorneys, who have received mediation training, with the needs of low-income parents wanting assistance in mediating their parenting disputes. Justice McKinnon received the Montana State Bar's Karla M. Gray Equal Justice Award. The award is presented to a Montana judge who demonstrates dedication to improving access to Montana courts.

Justice McKinnon serves on the Executive Committee of the Appellate Judges Conference of the American Bar Association. She serves on the Appellate Judges Education Institute (AJEI) and, in 2019, assembled and narrated a panel of judges from across the nation to discuss the important topic: "Independence of the Judiciary: The Shield of a Free Society." She presented at the AJEI's national symposium on the topic of a court's jurisdiction. Justice McKinnon serves as an ABA Advisor to the Uniform Law Commission's Fine and Fees Committee, which is examining the impact and legalities of fines and fees on indigent criminal defendants. In 2016, Justice McKinnon received her Master's Degree in Judicial Studies from the University of Nevada, Reno. She is currently pursuing her Doctorate degree in the Judicial Studies Program.