The End of an Era at the Lazy JC 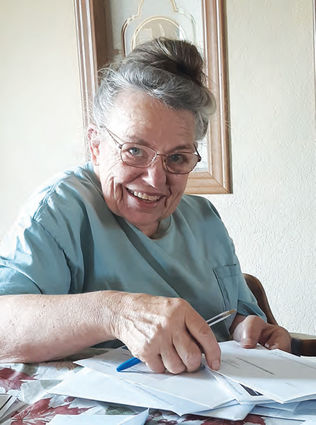 Since September of 1985, for thirty-five years, the Lazy JC Hardware store in Melstone has been in continuous ownership by the Coles family. This September is the End of an Era. The small-town store has been sold, and the new owner will be changing the name to The Melstone Mercantile.

When Ben and Anne Coles bought the antique hardware store in 1985, the young couple already had six children ages 13 to 3, in tow. They pulled into the yard the last day of that September, and took over the store the first day of October. Anne remembers the snow on the yard the night they arrived in Melstone....