THE PASSING OF THREE HORSEMEN

Miles City and Beyond 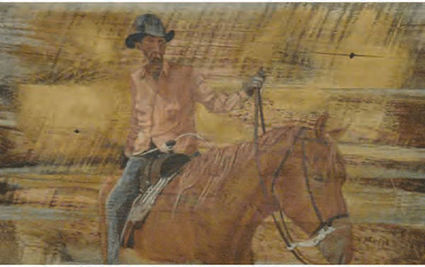 In 1909 Ira Carey concluded that he and wife, Bessie, should have a ranch of their own, and he managed to scrape together a year of his hired man's wages, $500, to purchase one. With that half-section and a cabin as home base, he continued to work for others and used that income to purchase cattle and begin building a herd. Further, he added to his property through claims under the Desert Land Act, an 1877 law that allowed people to irrigate and claim arid, public land. He even bought the place where his wife had been raised.