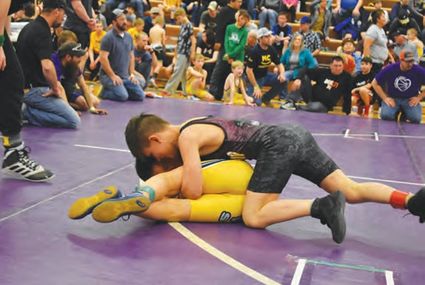 Atlas Freeman wraps a Miles City wrestler into a cradle, which led to a 0:54 pin for Atlas. 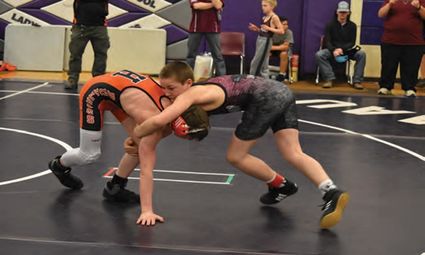 Sheldon Serrano breaks down a Hardin opponent on his way to his fifth 1st place win of the AAU season. Sheldon has won over 80% of his matches this season, following an equally impressive Jr. High season last fall.