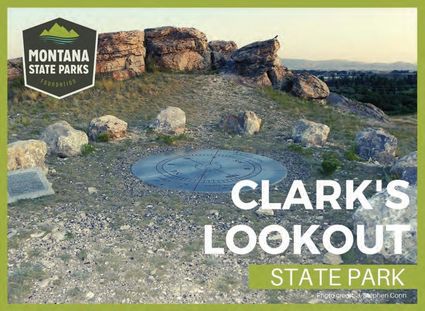 Established December 23, 1985 Clark's Lookout is set along the historic Lewis and Clark trail.

On August 13, 1805, Lewis & Clark and the Corps of Discovery found what is now Clark’s Lookout State Park. Having traveled from the headwaters of the Missouri River and up the Jefferson River to continue their search for a passage to the Pacific Ocean, they found instead an incredible view.

The view from the top of the hill provided Lewis & Clark and...