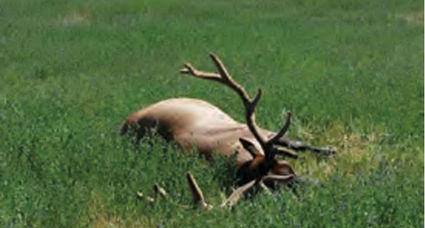 A fourth dead elk has been found in the southwest part of Musselshell County.

Musselshell County Sheriff Shawn Lesnik posted to Facebook on August 18 that a mature, six point bull elk was found dead from a single gunshot in a field east of Roundup.

Then, a second mature bull elk was located close to where the first one was found and the county Dispatch Center received a call about a third dead elk.

A fourth was reported later this week 25 miles away from where the others were found.